Fair Questions: Why is it hard for us to believe that a loving God exists?

There have been plenty of people throughout the ages who have doubted the existence of whatever deities their culture exposed them to.  Atheistic philosophical schools have arisen in ancient India and ancient Greece.  They have also been present more recently in European and Asian history, and have gained a certain popularity today in the U.S. among members of my generation, though not as strongly as elsewhere.

Those of us who value rationality, empirical methodology, and have access to an unprecedented amount of information about the world understandably want to find a way to select the most true beliefs from the vast ocean of hoaxes, honest mistakes, oversimplifications, and coherent worldviews that are simply at odds with evidence we have about the world.

While the most pointed critiques atheists have brought against various theistic claims have generally been variations on the Problem of Evil which have been occasionally articulated in precise rational terms, I have previously suggested that the true problem is not a rational one, but rather an emotional one.  I have already explained why I think that the Problem of Evil does not hold up as a rational argument, but I think it would be useful to look at the true reason we find it so difficult to believe in a loving God, admittedly because it is something I've struggled with myself.

If you engage in lots of dialogue with intelligent and honest atheists, a pattern becomes evident.  And lest the theists who like to jauntily go after atheists for their irrationality start getting the impression that they are better than the atheists, this pattern very much applies to theists as well.  Most atheists in the U.S. today did not start out as atheists.  They were generally raised in religious homes to one degree or another (though that might change over the next few decades) and were theists at some point.  The kind of doubts that lead theists to become atheists are well known among theists.  Those doubts of many theists are why we have the field of theodicy; atheists didn't create theodicy, but rather someone who was trying to retain their Christian worldview.

There are a variety of answers to the Problem of Evil, such as the invocation of free will, appeals to the eternal justice of the afterlife, etc.  These arguments are often interconnected and can only resolve the problem as an integrated worldview, which is why people who want a simple, singular rational argument never find it very compelling.  I know that because I was one of those people.  In my early twenties, I tried to find a solution to the Problem of Evil as logically formulated and could not find one that did not involve rejecting the omnipotence, omnipresence, or omnibenevolence of God as formulated by many Christian theologians.  At the time, I decided to forgo belief in God's omnipotence as my solution to the Problem of Evil.  Not very creative, I know.

It was very tempting to me to abandon belief in God entirely.  Removing belief in God seemed to reduce the philosophical work I had to do considerably.  It seemed to me that it made for a much simpler explanation of the world and human experience to just believe in scientific narratives.  It also seemed to me that it reduced my emotional workload; I no longer needed to be anguished over why a loving God would let so many people suffer so tragically and die in agony in addition to the anguish of normal human empathy in those cases.

I ultimately decided that I couldn't honestly abandon belief in God because of the simplicity of a worldview without God.  While it's true that in scientific methodology, more parsimonious explanations are considered better, it is not the case that the simpler explanation is necessarily more true.  Berkeley's idealism is probably the simplest explanation one could provide for our experience of the world, but most people who consider themselves evidence-based thinkers reject it.  I also spent a lot of time considering whether or not there was sufficient evidence to believe in any deities, but that is a discussion that warrants its own space, so I'll set it aside for now.

Now that I was older, I had some serious questions about my assumptions in asking those questions because life experience had taught me a few things despite my best efforts to not learn from it.  What is love?  What does it mean to be loving?  Is it true that when we love someone, we will not allow them to endure any suffering which is in our power to prevent?  Is it true that we will allow them to do anything they want without enacting consequences for their behavior?  Is it true that we will allow them into our homes even when they have chosen to do everything that indicates that they would rather not live with us?

The Problem of Love

While it is often true that folks who want to make a rational case against the existence of a loving God are actually making an emotional case, I do think that we can frame it in a simplified logical form similar to what has been done with the Problem of Evil.  So what is the Problem of Love?


Some important caveats to note are that the Problem of Love I have articulated here is simplified, and I could have made it much more complex to take into account more evidence without changing the conclusion.  Also that it only applies to a specific range of theistic concepts, and would not work as an argument against most polytheistic, animistic, pantheistic, or maltheistic views (in fact it might support a maltheistic view to a limited extent given certain philosophical assumptions).

There are some implications we could draw from the Problem of Love in light of its assumptions.


We could also conclude that the assumptions about God are incorrect, which seems to be what many people have done throughout history, though it's not popular today in the U.S.


We could alternatively conclude that our assumptions about love are incorrect, which is a much less popular option.


We could even go so far as to deny the fundamental assumptions as a means of resolving the problem if none of the other solutions are workable.


Most people who were raised in a Christian household and like Christian moral ideals, even if only vaguely, tend not to want to go for options 1 and 2.  Understandably, we really want to believe that if there is a God, then such a God would agree with our highest moral intuitions.  And we would also like to think that any God that exists would be all-powerful and all-knowing, so 3 and 4 are not particularly appealing, though I did bite the bullet and choose 4 at one point in my life.

I also jumped all the way to option 9 as a possible solution, though it ended up not working for me for other reasons.  Many of my friends who happen to be atheists have understandably taken this option.  I also seriously considered the possibility that option 8 was correct, but I would guess that most people would not find it appealing because they are viscerally convinced that love exists and it's deeply uncomfortable to believe that our experience of life might be so completely misleading as to delude us into believing in love when it doesn't exist.   The same is probably true for option 9.

Options 5, 6, and 7 are also deeply uncomfortable.  In part, this is because we really don't like the implication that it might be loving for someone to allow us to suffer.  When our parents let us make mistakes and suffer the consequences, is that loving?   When our parents allowed us to be born rather than having an abortion, thereby letting us enter a world in which we would experience deep suffering by simply growing to adulthood (those teenage years are awful, right?), was that loving?  Is it possible that it would have been the loving thing to do to prevent our existence?  When our parents punished us for being ungrateful for the food they provided by letting us go without dinner that night, could that possibly have been a loving way of allowing us to learn a lesson?  Was it loving for our parents to kick us out of our homes because we refused to abide by their rules?

Taking these options forces us to reconsider our definition of love, and that's not easy.  I know from experience that I really didn't want to revise my definition of love.  I would really have preferred leaving it as it was, though once I was able to admit to myself that it was a really self-serving and incoherent definition, I was able to to abandon it. 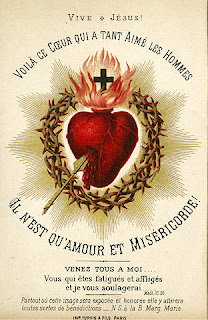