I still remember the last fleeting instant of icy bliss before I lost my love
In the blanket of the freezing ocean brine so close to the beautiful broken lines.
Ice, cold and clean, was to be my final home, my endless fortress protecting my life
Inside the very crystalline solitude I had so often longed for while I yet believed breath
Is a trap, a tragic flaw of those who have forgotten their end.  In my eyes
I held for a little while the peace of stillness so deep that all
Inclinations cease, the calm killing the storms of my mind
Instantly, leaving the only the foretaste of the sweet release
I have desired through the years and sought in death.
Interred in my own frigid tears, I missed the chance
I knew would have brought me to the treasure
I hoped for in the throes of the silent trance
Illuminated only by the cold and clean
Ice, beautiful and broken lines
In the chill air.  Inuit hunters
In that moment of crisis
Instinctively dive for me
Into the watery grave.
I breath again, crying
Icicles for the sake of
Infinite loss. 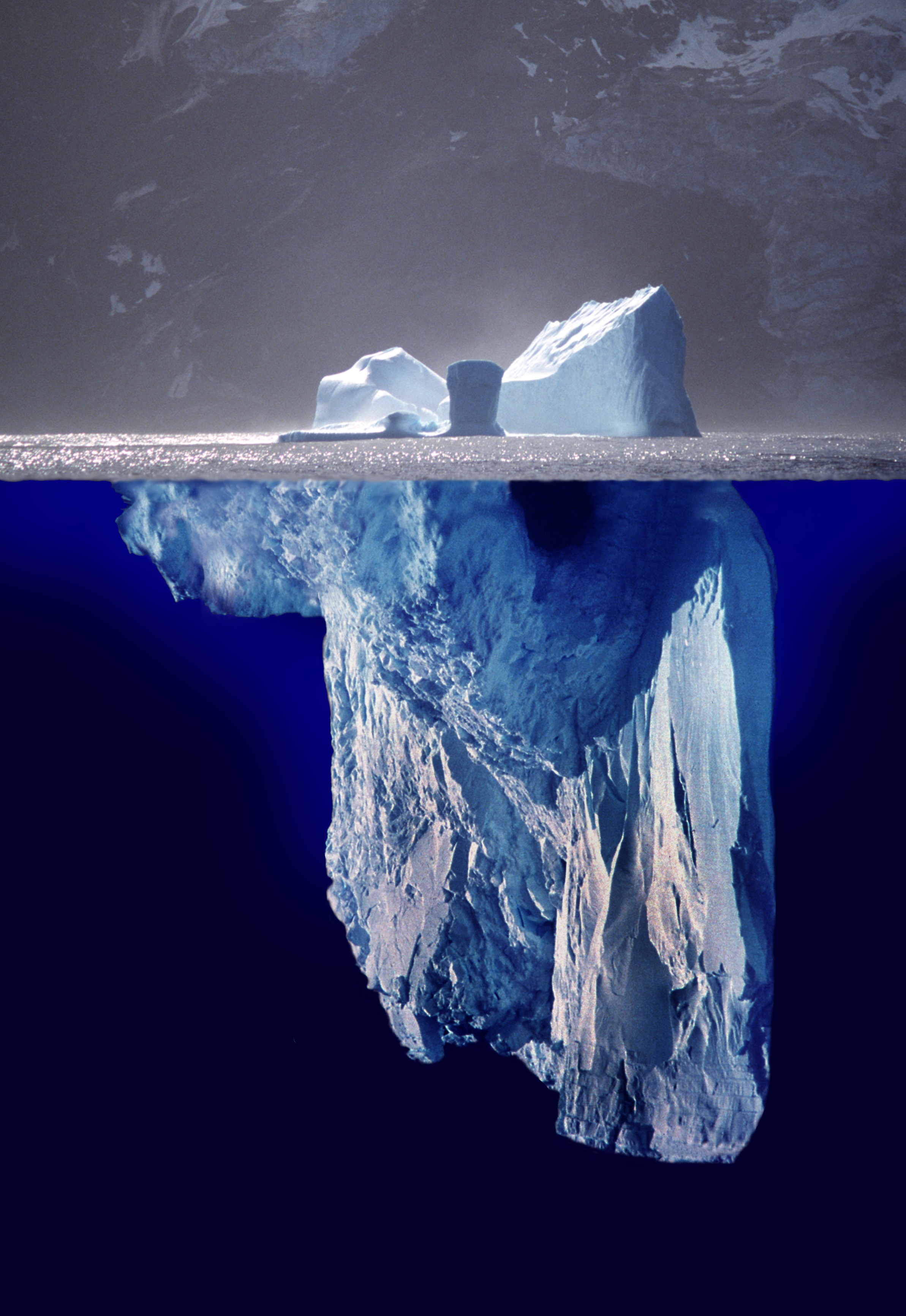 Note: This is the second part of a shape poem, intended to evoke the ragged edges of an iceberg as viewed in a profile shot, which contains multiple interlacing rhyme schemes in the various forms of beginning rhyme, internal rhyme, and end rhyme.  These rhyme schemes often also seem jagged and unstructured, an attempt to depict the shape of an iceberg with both shape and lyrical structure.  As with a real iceberg, the part of the iceberg underneath the water is wider and taller relative to the sea level, going deeper than what is on the surface.  The first part of the poem can be found here.
Posted by Samuel C Bunch at 7:28:00 AM

Email ThisBlogThis!Share to TwitterShare to FacebookShare to Pinterest
Labels: Poetry