The temptation of Jesus in the desert is briefly mentioned in the Gospel of Mark as set out in the Catena Aurea, and immediately follows His baptism.  Typically of Mark, whose Gospel is the shortest in length by far, he describes the events briefly, jumping from one key event in Christ's life to the next, as we see in this passage from the 1st chapter of Mark's Gospel:

9.  And it came to pass in those days, that Jesus came from Nazareth of Galilee, and was baptized of John in the Jordan.
10.  And straightaway coming up out of the water, he saw the heavens opened, and the Spirit like a dove descending upon him:
11.  And there came a voice from heaven, saying, 'Thou art my beloved Son, in whom I am well pleased.'
12.  And immediately the spirit driveth him into the wilderness.
13.  And he was there in the wilderness 40 days, tempted of Satan; and was with the wild beasts; and the angels ministered unto him.


So why did Jesus spend 40 days in the desert?  It seems like a rather arbitrary number, the same as the number of days in the season of Lent which is celebrated in honor of Christ's forty-day sojourn.

The Venerable Bede (672 AD - 735 AD), echoing some of St. John Chrysostom's thoughts, explains to us the general importance of Christ's temptation in the desert, and also the importance of the number 40:

Bede;  But He retires into the desert that He may teach us that, leaving the allurements of the world, and the company of the wicked, we should in all things obey the Divine commands.  He is left alone and tempted by the devil, that He might teach us, that all that will live godly in Christ Jesus shall suffer persecution; whence it follows, And he was in the wilderness forty days and forty nights, and was tempted of Satan.  But He was tempted forty days and forty nights, that He might shew us, that as long as we live here and serve God, whether prosperity smile upon us, which is meant by the day, or adversity smite us, which agrees with the figure of the night, at all times our adversary is at hand, who ceases not to trouble our way by temptations.  For the forty days and forty nights imply the whole time of this world, for the globe in which we are serving God is divided into four quarters.  Again, there are Ten Commandments, by observing which we fight against our enemy, but four times 10 are forty.


The Venerable Bede is working here within a very long tradition of Judaic numerical symbolism that recalls the salvation history of the people Israel, but that's not his primary focus.  He really wants us to draw the spiritual lesson from the Gospel.

Bede;  There follows, and he was with the wild beasts.  Consider also that Christ dwells among the wild beasts as man, but, as God, uses the ministry of Angels.  Thus, when in the solitude of a holy life we bear with unpolluted mind the bestial manners of men, we merit to have the ministry of Angels, by whom, when freed from the body, we shall be transferred to everlasting happiness.


Our Lenten journey is not merely a matter of punishing the flesh in a sort of masochistic ritual, but rather a drawing away from transient pleasures as we are drawing toward the divine life of love.

The next couple of verses in the Gospel of Mark also harbor a deep spiritual meaning, and draw us to think about Lent once again:


The words of Jesus here are the words spoken to me by the priest on Ash Wednesday as he makes the sign of the cross on my forehead with ashes: "Repent and believe the Gospel!"  We are reminded at the beginning of Lent of the purpose of the Lenten struggle, to prepare ourselves to believe and live out the Gospel message of Jesus Christ which follows upon our repentance.

Bede; Repent, therefore, and believe; that is, renounce dead works; for of what use is believing without good works?  The merit of good works does not, however, bring to faith, but faith begins, that good works may follow.


The Venerable Bede points out our repentance is demonstrated by the abandonment of our sinful works that lead to eternal death and the taking up of the works of righteousness, and he is careful to note, long before the Protestant Reformation, that good works are a fruit of faith, the supernatural virtue which is a gift from God, rather than a way of earning our way into Heaven.

He also explains over a thousand years in advance of Bart Ehrman's observations why the author of the Gospel of John didn't spend much time on describing the forty days in the desert.

Bede; Let no one, however, suppose that the putting of John in prison took place immediately after the forty days' temptation and the fast of the Lord; for whosoever reads the Gospel of John will find, that the Lord taught many things before the putting of John in prison, and also did many miracles.; for you have in this Gospel, This beginning of miracles did Jesus; and afterwards, for John was not yet cast into prison.  Now it is said, that when John read the books of Matthew, Mark, and Luke, he approved indeed the text of the history, and affirmed that they had spoken truth, but said that they had composed the history of only one year after John was cast into prison, in which year also he suffered.  Passing over then the year of which the transactions had been published by the three others, he related the events of the former period, before John was cast into prison.  When therefore Mark had said that Jesus came into Galilee, preaching the Gospel of the kingdom, he subjoins, saying, since the time is fulfilled, etc.


The Venerable Bede notes that the narratives in the various Gospels are compatible and indeed mutually reinforcing.  The Gospel of Matthew, for example, has more detail about Christ's sojourn into the desert where he was tempted by Satan.

And the commentaries of the Church Fathers on the Gospel of Matthew are likewise more detailed.  For example, St. John Chrysostom (347 AD - 437 AD) and St. Gregory the Great (540 AD - 604 AD) have interesting comments on the fasting which Christ underwent.

Chrys. But that you may learn how great a good is fasting, and what a mighty shield against the Deil, and that after baptism you ought to give attention to fasting and not to lusts, therefore Christ fasted, not Himself needing it, but teaching us by His example.

Greg.  The Creator of all things took no food whatever during forty days.  We also, at the season of Lent as much as in us lies afflict our flesh by abstinence.  The number forty is preserved, because the virtue of the decalogue is preserved in the books of the holy Gospel; and ten taken four times amounts to forty.  Or, because in this mortal body we consist of four elements by the delights of which we go against the Lord's precept received by the decalogue.  And as we transgress the decalogue through the lusts of this flesh, it is fitting that we afflict the flesh forty-fold.  Or, as by the Law we offer the tenth of our goods, so we strive to offer the tenth of our time.  And from the first Sunday of Lent to the rejoicing of the paschal festival is a space of six weeks, or forty-two days, subtracting from which the six Sundays which are not kept there remain thirty-six.  Now as the year consists of three hundred and sixty-five, by the affliction of these thirty-six we give the tenth of our year to God.


As we can see from these commentaries, the importance of fasting for Christians had not been forgotten by the Early Church.  Also, the Lenten Fast was well established in the first few centuries of Christianity, and was seen as an important part of taking up our cross and following Christ.  It was indeed the fulfillment of the Law of Moses as summed up in the Ten Commandments (or decalogue).

The First Lent, shown to us an example by Christ, is celebrated again and again by those of us who strive to follow Him, just as we celebrate His life, death, and resurrection each year in the liturgical cycle.

The First Lent - The Brothers of Jesus - Jesus Versus the Pharisees 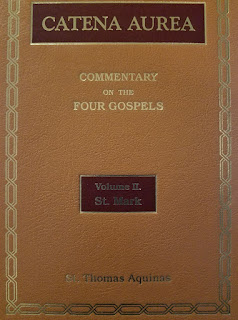