Recently, an article which claims that "Jesus Was a Buddhist Monk Named Issa Who Spent Time in India and Tibet" was brought to my attention.

Given that I've studied both Buddhism and Christianity in an unusual amount of depth for a layperson, and that I've seen some interesting parallels between them, you might think that this is something I would leap to believe.  But even when I was first introduced to it, I didn't buy in.  I just thought it was an interesting possibility.

When I went to college for my first degree, I encountered this idea that perhaps Jesus traveled to India and became a Buddhist monk for a number of years before returning to his homeland.  At the time, I thought it was an interesting and exciting idea (partially because this was shortly before I seriously considered converting to Buddhism).

Why does this theory remain so popular?  For several reasons.  The first being its explanatory power.

The explanatory power of this theory is that it explains where Jesus was between the Presentation at the Temple and the period of time shortly before his public ministry began at the Wedding at Cana.  It fills a big narrative gap in the story of Jesus' life, which we like because we are not comfortable with narrative gaps once we notice them.

There's not inherently anything wrong with wanting to fill in gaps in our knowledge.  That kind of desire is generally good.  At the same time, we ought to be careful about how we find the missing pieces of knowledge.  We need a way to assess which explanation is more likely to be accurate before using it to complete the narrative.

This helps us avoid getting conned.  One common way of persuading people to believe falsehoods is to call their attention to a gap in their narrative, and then propose a way of filling that gap which pulls on their heartstrings and their confirmation bias leads them to believe without properly checking the evidence.  (You can see this tactic being used in the BBC documentary displayed at the end of the article.)

The other appeal of the theory is that it fits the intuitions of many people who believe instinctively that for a religious figure to be the Way, the Truth, and the Life, he must be a cross-cultural figure with universal appeal.  And because there is a high degree of fascination with Buddhism in the West along with high levels of residual belief in Christ, it's natural to gravitate to a theory that connects them and (from their perspective) lends legitimacy to both religious traditions.

It also pokes those stodgy close-minded establishment Christian groups in the eye and subverts their beliefs, which is another advantage for many who are cynical about the religious groups in their home countries in the West.  These are the parts where the confirmation bias is coming in.

The trick here is validate folks' residual attachment to Jesus as a great religious figure and/or personal savior while also feeding their dislike of traditional Christian religious perspectives.  Everyone involved gets to feel like they are subverting the oppressive traditional and institutional religious groups while at the same time confirming their own more enlightened views.

This isn't a new technique, and it's used quite regularly today, but if we're not aware of it, it's easy to fall for it, whatever your religious views might be.

All that said, what do we use to fill in the narrative gap?

The simple answer is that we examine competing theories and see which theory is supported by the available evidence.

Is the story told by Nicolas Notovitch, the theory that Jesus traveled to India and studied as a Buddhist, supported by the evidence?

No.  Actually, a well-known scholar of Eastern religions (he prepared the English translations of the Jain works in my personal library), found out pretty quickly that Notovitch fabricated his claims.

Even Bart Ehrman, a secular scholar of the history of religions who is happy to prod traditional Christian believers using historical evidence, admits that this theory was just started as a hoax.

It takes only a short time to check this information, and does not require extensive research.

So why would people continue to peddle his theory?

I will leave it to my readers to fill in the gap in the narrative as to their motives.

Related: How similar are the births of the world's major religious figures? 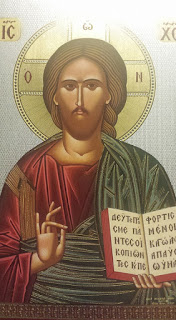