Unfair Questions: What is essential to the Catholic faith?

I was recently asked to explain what is essential to the Catholic faith, that which must remain in order for the Catholic faith to remain "after all else is stripped away".  I reluctantly provided an answer, but could not escape the sense that the question was problematic.

The question assumes that there is something essential to the Catholic faith which can be understood as distinct from the whole of Catholic faith with its liturgies, its mysticism, its sacred texts, and its doctrines.  The underlying assumption is that a faith ought to be able to survive as a single proposition, and more specifically as a single proposition which can be expressed simply.  On this view, the faith of the Church cannot be, as W.V. Quine might describe it, a great web of belief in which propositions are mutually supporting one another.

For someone who seeks what is essential about the Catholic faith, it is assumed that we can still understand the faith of the ancient churches when we strip away all of their fullness, the richness of their theology, the depth of their philosophers, the wisdom of their mystics and ascetics, the beauty of their liturgies, and the boldness of their doctrines.  Under what other circumstances would we grant this assumption (aside from the Protestant Reformation)?

Who asks, "What is essential to the flower?  What remains when we remove the petals, the stamens, the carpels, the sepals, and the stem?"  As we all intuitively grasp, all parts of the flower are essential to the flower.  No one removes the petals or stem of the flower in order to better see its unadulterated essence; the flower exists in its fullness, beautiful and effective in its wholeness.  To remove any of its parts is not to reveal what is essential, but rather to destroy it, to wrench it from the beauty and fullness of life which it has according to the whole of it.

Like the flower, the Catholic faith has the beauty and fullness of life when it exists as a whole, a coherent web of belief which is the flowering of Christian thought; removing any part of its fullness is to destroy it.  Remove her liturgies, her mysticism, her sacred texts, and her doctrines...what remains may be essential, but it is no longer the Catholic faith, because to be Catholic is to exist, by definition, according to the whole.

The Catholic faith in its fullness leaves no room even for the individual ego, its structure and doctrines binding us to forsake all others for the sake of Christ, to rest our gaze only upon Christ and His Church.  This endless adoration of our Lord is the seed of the faith; ours is not just a faith of seeds, but rather a flowering faith which spreads beauty, truth, and goodness everywhere.  From the seed sown by the Gospel encounter with Christ in our hearts, we grow to love the art and music which are the petals of the Catholic faith, the doctrines of the church which are the stamens, the liturgies which are her carpels, and even the fibers of Sacred Tradition and Sacred Scripture which are her stem. 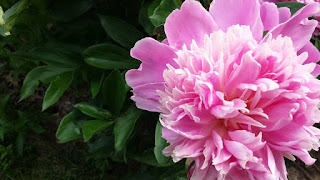