Fair Questions: Is the Catholic Church an ancient artifact?

The Catholic Church has not infrequently been charged with being a relic of an earlier age, an ancient artifact still awkwardly hanging around in the enlightened post-industrial world in which all the serious intellectuals have moved on from such frippery.  For many of these enlightened individuals, the Catholic Church (and institutional religions in general) are tools which humans once needed to protect their fragile psyches from a scary and mysterious world of great and constant danger with the certainty of dogma and the comfort of believing in life after death for themselves and their families, tools which are a mere vestigial embarrassment to carry around today when all mysteries worth uncovering have been shattered by science and all dangers worth fearing can only be conquered by much newer tools.

Are they correct?  I'm not certain, though I would suggest we could examine how various parties treat the Catholic Church and see if the evidence bears out the theory.  It might help to start with self-identified Catholics themselves.  There are some Catholics who do indeed treat the Catholic Church like an ancient artifact; they seek to preserve it in a hermetically sealed container, to ensure that not a chip or scratch or slight bit of weathering alter the artifact.  They respect it much like we respect the ancient artifacts in museums, visiting it frequently and ensuring its display has funding so that it can continue to be protected from the ravages of those who would seek to damage it.  And they dare not let anyone attempt to restore it, lest even the well-intentioned restorer accidentally ruin its authentic historicity.

There are other Catholics who also treat the Catholic Church like an ancient artifact; they seek to replace many of its parts with modern ones so that it functions like all the other tools we use, and many of them see no need to retain the external beauty of the ancient artifact because its form only gets in the way of the convenience of the function.  Yet others want to keep the external forms of the artifact, but don't mind if the parts are replaced with modern ones because the old parts weren't that great anyway and need to be brought up to date.  Some individuals who are not Catholic and/or irreligious agree; they see no harm in keeping the ancient artifact with its forms intact as long as the functional parts are replaced.

Of course, not all Catholics treat the Church like an ancient artifact.  There are some who believe that it is alive and well, ever-new underneath the beauty of ancient forms.  In their insanity, they will carry the ancient artifact with them at all times, believing that as it is weathered by the elements of the world and worn down by those who wish to take sandpaper to its distinctive features it will merely be revealed yet more distinctly, that its full beauty will be unveiled by those who try to destroy it and find themselves unable to break anything but the occasional crust which has built up on the surface over the centuries.  They boldly take a stand, holding it up quietly for all to see, confident that the Sacred Heart of the Church will only beat more strongly as its detractors try to stop it, that it will only become a yet more powerful sign of contradiction, dangerous to the lies of the modern world as it was dangerous to the lies of the ancient world.

And on this point, some of those who oppose the Catholic Church agree; they believe that to attack the Church directly would only make it stronger because She has a persecution complex, that it is better to treat Her like an artifact, to loudly dismiss Her as an irrelevant old relic with a knowing smile, that it is better to let the Church slip quietly into the dustbin of historical artifacts than to try to rouse Her to battle once again.  To them, it is best that She take Her proper place among all the other mythologies of the world which no one takes very seriously anymore, that She go to Her final rest in the graveyard of failed ideas and decay amidst the other ancient artifacts created by the human psyche.

As for me, I will bet that the ancient Church which has outlasted several iterations of the latest and greatest ideas will continue to persist, that it is many of the modern ideas which will be going to their final rest in the graveyard of failed ideas.  I will wager that the failures of Cyrenaic hedonism will once again become apparent, that they will be a flash in a pan yet again, a philosophy discredited by several generations of human experience in attempting to live out what has already demonstrated amply that it cannot satisfy the deepest yearnings of the human heart.

I think it more likely that the Church will bury these new ideas which are actually very old failed ideas as She has before, that She will once again grieve for all those who choose to be buried with the old failed ideas rather than living with the Living One who is always new and unfailing in His invitations to join the divine dance of Love.

I could always be wrong; it's just that I've seen lots of ancient artifacts of humanity in my studies of religion and studied many philosophies which have gone to the graveyard of failed ideas, and the ancient Church does not look like those ancient artifacts to me.  And many of the Church's detractors apparently agree; they are fighting the Church at every step, and one does not fight against a mere inert and crusty ancient artifact. 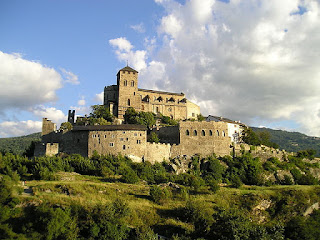